This new fully-managed AWS service gives you the power to build powerful mobile & web applications without writing any code. It uses the familiar spreadsheet model and lets you get started in minutes. If you or your teammates are already familiar with spreadsheets and formulas, you’ll be happy to hear that just about everything you know about sheets, tables, values, and formulas still applies. Amazon Honeycode includes templates for some common applications that you and other members of your team can use right away

AWS today announced the beta launch of Amazon Honeycode, a new, fully managed low-code/no-code development tool that aims to make it easy for anybody in a company to build their own applications. All of this, of course, is backed by a database in AWS and a web-based, drag-and-drop interface builder.

Developers can build applications for up to 20 users for free. After that, they pay per user and for the storage their applications take up. 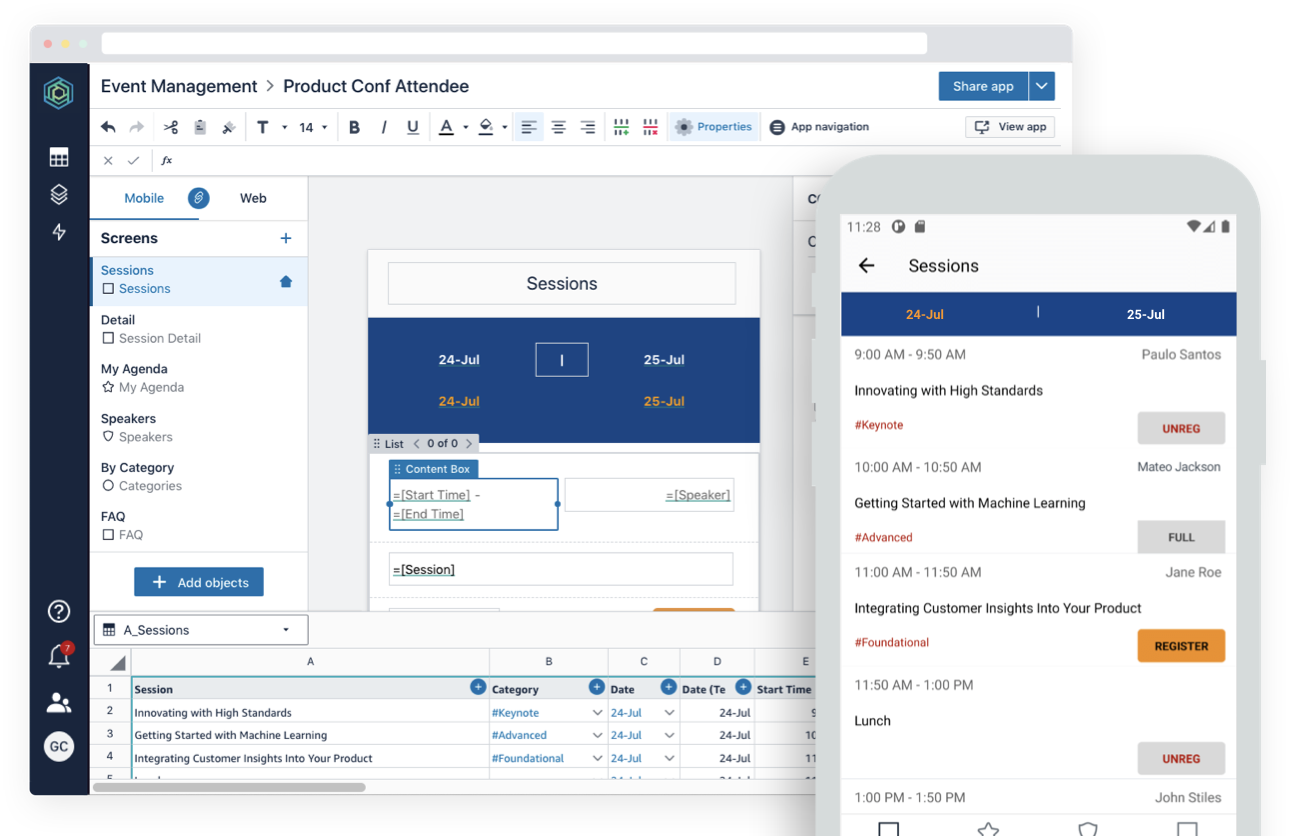 "The announcement comes months after the departure of Adam Bosworth, who worked at Google, Microsoft and Salesforce before joining AWS as a vice president in 2016. Bosworth created and led the development of a product that was kept secret for years but was expected to be software that people can use to write applications with little to no coding. Bosworth worked on Honeycode at Amazon, Larry Augustin, a vice president at the company, said on Wednesday."


In 2015 Microsoft introduced the PowerApps software for easily building business applications, and in January Google acquired AppSheet, a start-up with no-code application-development tools.