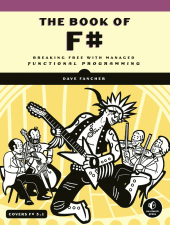 brightstardb.com
"A native RDF database for the .NET platform"

A NoSQL view of Semantic Web "triple store"
It is already 15 yeast from original RDF introduction.
The ideas of Semantic web are used in search engines
and there was a lot of research,
but not significant usage on Web as originally intended for metadata.
Now it may be useful for data, in particular free-formed, flexible schema.

In this case this NoSQL database got Scott's attention
likely because it can also run on mobile devices
(by using Xamarin on iOS and Android also),
as well as on Windows, servers and even on Linux by running on Mono.
MIT license open source, Linq and even Entity Framework interface.

Posted by Dragan at 7:33 PM No comments:

Music to Code by by Carl Franklin — Kickstarter:

IoT: Windows on Intel Galileo board

Microsoft has apparently ported GUI-less version of full Windows (not CE, and not WinRT) on Galileo board.
At this point there is no .NET (yet), so SDK is for C++ developers.

The advantage is compatibility with (some) x86 software, so development and testing can be done on standard PC computers. Microsoft provides test version of "kit" that includes the board, and Windows for qualified developers.

$59.99
Intel Galileo is also compatible with hardware interface of Arduino.
That makes it different from for example Raspberry Pi, that could be connected
to external Arduino board for (semi) real-time data communication.

On the other side, Raspberry Pi is ARM based, and has HDMI 1080 HD interface, and runs more complete version of Linux (with GUI), Java, Python, and even C# on Mono implementation of .NET CLR.

Microsoft IoT effort would be better of supporting at least a subset of .NET on Galileo to get more significant traction... Apparently there will be some other IoT kits available over time from Microsoft...

First Experiences with the new Netduino GO, and how it relates to .NET Gadgeteer - Pete Brown's 10rem.net (!)

Windows default is 6 for file downloads; that can be changed:

How to Change the Number of Simultaneous Downloads in Chrome | eHow:

Posted by Dragan at 1:08 AM No comments: