S SRP
Single responsibility principle
an object should have only a single responsibility.
O OCP
Open/closed principle
“software entities … should be open for extension, but closed for modification”.
L LSP
Liskov substitution principle
“objects in a program should be replaceable with instances of their subtypes without altering the correctness of that program”. See also design by contract.
I ISP
Interface segregation principle
“many client specific interfaces are better than one general purpose interface.”[5]
D DIP
Dependency inversion principle
one should “Depend upon Abstractions. Do not depend upon concretions.”[5]
Dependency injection is one method of following this principle.

Posted by Dragan at 1:29 AM No comments:

Carl and Richard talk to Sahil Malik about the upcoming 2013 edition of SharePoint. Sahil digs into the new features in 2013, including better workflows, content management and performance - document updates send only the deltas to SQL Server! The conversation turns to the new app model in SharePoint 2013, its power and potential for exploitation. Sahil finishes up talking about the cloud, search and mobile features. Sharepoint 2013 is a great step forward!

Posted by Dragan at 1:19 AM No comments:

Origins of the Universe of the Human Race


book: The Journey of Man: A Genetic Odyssey 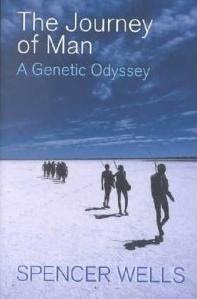 Genetic Legacy of Genghis Khan
Genghis Khan, the fearsome Mongolian warrior of the 13th century, may have done more than rule the largest empire in the world; according to a recently published genetic study, he may have helped populate it too.

An international group of geneticists studying Y-chromosome data have found that nearly 8 percent of the men living in the region of the former Mongol empire carry y-chromosomes that are nearly identical. That translates to 0.5 percent of the male population in the world, or roughly 16 million descendants living today.

"Microsoft changed the licensing of SQL Server in 2012 to per-core rather than per-socket, suddenly making SQL Server much more expensive if you've gone to lots of cores. Glenn talks about how to assess your workload to know if you need as many cores as you currently have, why you shouldn't upgrade in place and use old hardware for SQL Server 2012 and the differences between Intel and AMD CPUs in this new world."