Amazon: an API for the material (and digital) world

Amazon Prime Primes Amazon to Crush Offline Retail | Wired Business | Wired.com:
“Free” two-day shipping. Streaming video. An e-book lending library. All for $79 per year.
Spelled out like that, Amazon Prime sounds like a weird ad hoc chimera of a product.
Why those three things? And why that price?
Though the value proposition may come across as clunky, plenty of people are apparently sold." 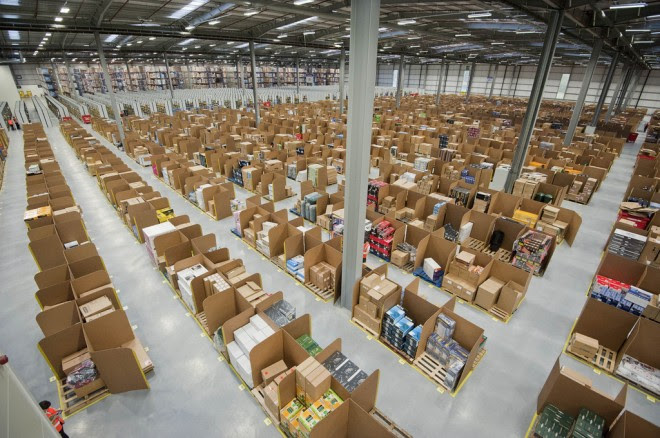 39 percent of the “product units” sold on Amazon during the most recent quarter
were from third-party sellers, up from 36 percent a year earlier.
sales on Amazon overall grew 32 percent during the quarter.
Third-party sales rose at an even faster clip — more than 40 percent

Amazon as a seller of stuff and to start thinking of the world’s biggest
online retailer as a platform for stuff — an API for the material world.

Amazon may be a unique company that by focusing on customers and long-term
time after time "surprises" market and succeeds by doing commons sense.
Amazon Web Services users report that for the same service,
prices are being reduced over time.
Now, Microsoft Azure is doing the same...