Right Now, the Internet Of Things Is Like The Internet Of The 1990s | Fast Company | Business + Innovation
"A WORLD OF CONNECTED DEVICES ARE STARTING TO COME ONLINE. DON'T MISTAKE WHAT THEY DO NOW FOR WHAT THEY'LL ACCOMPLISH IN THE FUTURE.

...
SEARCHING FOR THE NEXT GOOGLE
A common criticism of today's Internet of Things is that it doesn't have a "killer app" to push the concept into the mainstream. But maybe it doesn't need one. The Internet never had a killer app either; it just got better tools to make sense of all its disparate parts."

IoT does need a next 'Html/Http', 'Netscape', and then 'Google'.
I remember time of Internet before WWW, and while it was useful (email, ftp, telnet), it was not even close to what Web has enabled. Even the first version Web it was 10 times better than Gopher and similar tools. Design and implementation does matter. IoT needs one really good simple app, or it will become another buzzword like SOA, Big Data, etc, a part of "new normal" but not more than that. 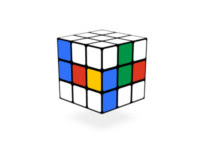