"The widely licensed ARM architecture has gotten the lion's share of publicity among processors. Now a multivendor rival is entering the fray. The MIPS architecture, popular in the home electronics and media player markets, is stepping up to claim a role in the Internet of Things." 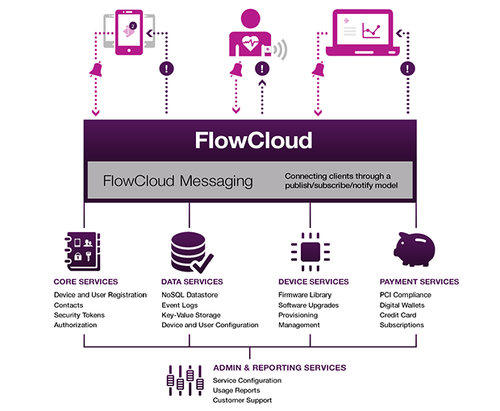 He picked on a TV commercial from Verizon Wireless showing a pole in the middle of an agricultural field. "It's got a cell phone -- not duct taped to it, but it's attached. And they use a cell phone to transmit the data from the sensor to the server at $40 a month. So how do you do that when you have a sensor on the dumpster that's only sending kilobytes of information maybe once a day, or maybe once a week? You can't spend $40 a month for that," he noted.

"What we're going to have to do is build a brand new network, because up to now Cisco and all the networking guys have focused on very high bandwidth, very high throughput, very high quality, but that's the opposite of what you need for the Internet of Things," Dodge said.
Google’s Satellite Plan Would Boost Global Internet Competition | MIT Technology Review
Reported plans to launch 180 satellites could provide significant competition in the developing world and rural areas.
Google's Bought a Satellite Startup to Make Maps, Not Internet Connections - Businessweek
Google has spent $500 million to buy Skybox Imaging, a company that uses small satellites to transmit high-resolution images from space. Tuesday’s announcement comes just two months after Google acquired Titan Aerospace, which beams Internet signals from high-altitude drones.
Posted by Dragan at 11:35 PM No comments:

"Deep learning" on the Raspberry Pi

Deep learning on the Raspberry Pi! « Pete Warden's blog:
port the Deep Belief image recognition SDK to the Raspberry Pi!
...can process a frame in around three seconds, largely thanks to heavy use of the embedded GPU for heavy lifting on the math side. ... custom assembler programs for the Pi’s 12 parallel ‘QPU’ processors, "Allows you to easily execute SQL against structured text like CSV or TSV."

An early release of next version of ASP.NET, re-built around Roslyn  compiler.

Should be installed on a "clean VM" since it is not side-by-side with VS 2013.

Posted by Dragan at 1:38 PM No comments: