GPT-3 - Wikipedia
"Generative Pre-trained Transformer 3 (GPT-3) is an autoregressive language model that uses deep learning to produce human-like text. It is the third-generation language prediction model in the GPT-n series created by OpenAI, a for-profit San Francisco-based artificial intelligence research laboratory.[2] GPT-3's full version has a capacity of 175 billion machine learning parameters. GPT-3, which was introduced in May 2020, and is in beta testing as of July 2020,[3] is part of a trend in natural language processing (NLP) systems of pre-trained language representations.[1] Prior to the release of GPT-3, the largest language model was Microsoft's Turing NLG, introduced in February 2020, with a capacity of 17 billion parameters or less than 10 percent compared to GPT-3.[4]

The quality of the text generated by GPT-3 is so high that it is difficult to distinguish from that written by a human..."
Posted by Dragan at 9:37 PM No comments:

How to Create a Location-Based App

According to the MarketsandMarkets report,
the location-based services market will reach $40 billion by 2024. 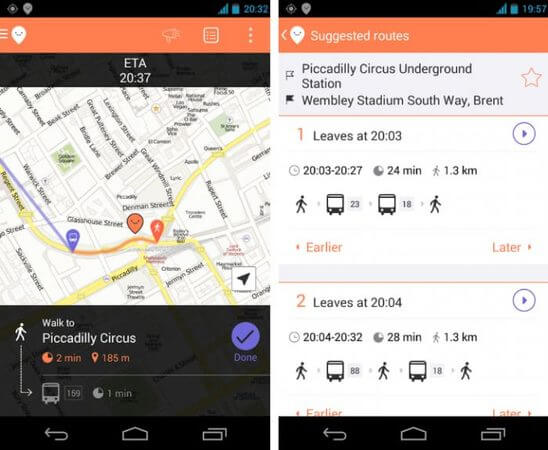