"Describe your data to enable powerful visualizations
DSPL is the Dataset Publishing Language, a representation language for the data and metadata of datasets. Datasets described in this format can be processed by Google and visualized in the Google Public Data Explorer. 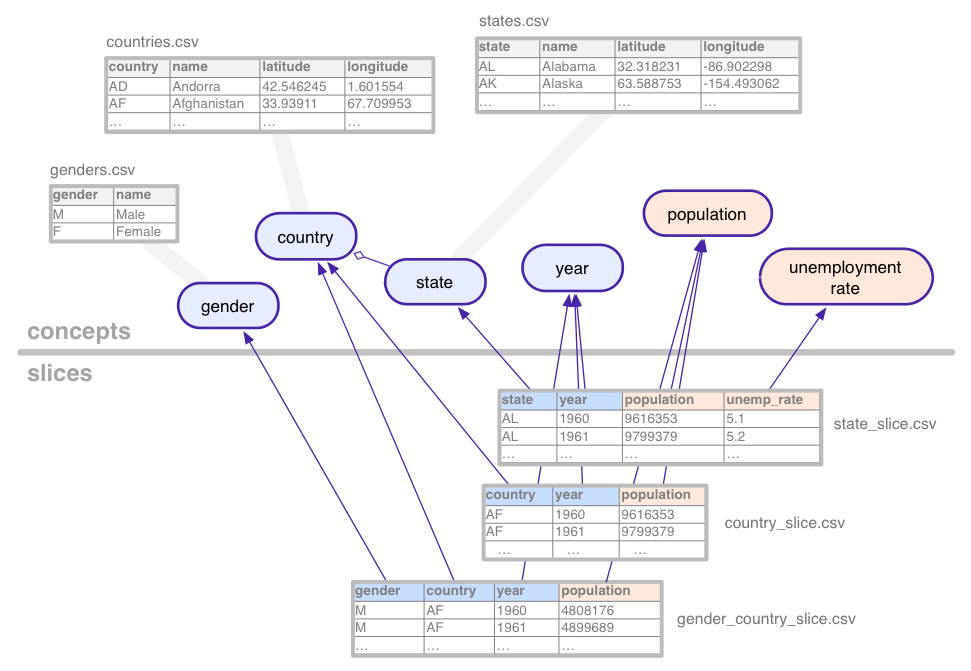 "...Amazon picked not one, but two locations for its HQ2 project.
.... selected Long Island City in New York City's Queens borough and National Landing (a new name for the Crystal City neighborhood) in Arlington, Virginia, outside Washington, DC. The picks, which were already widely anticipated for the past week, are expected to each land 25,0000 well-paid jobs.

...
Amazon also said it has selected Nashville to host a new 5,000-person "center of excellence" for its operations business, which handles customer fulfillment, transportation, supply chain and other activities. It plans to start hiring at all three locations next year.
...
New York is offering Amazon $1.525 billion in incentives, and Virginia $573 million, pegged to the company's proposal to create 25,000 jobs at each location. Tennessee is offering up to $102 million for 5,000 jobs. As part of these agreements, the positions in all three cities will need to have an average wage of $150,000, Amazon said."

Bezos tells employees, "One day, Amazon will fail" and to stay hungry

Posted by Dragan at 7:37 PM No comments:

Facebook’s GraphQL gets its own open-source foundation | TechCrunch

facebook/graphql: GraphQL is a query language and execution engine tied to any backend service. @ GitHub

graphql/graphql-js: A reference implementation of GraphQL for JavaScript

graphql-go/graphql: An implementation of GraphQL for Go / Golang

Getting Started With GraphQL Using Golang

Posted by Dragan at 7:11 PM No comments: