Smog So Bad in Beijing They Have to Rely on Video for Sunrises - weather.com:

The smog was so thick on January 16, 2014 the sunrise was not visible.
Instead, the country showed a video of a sunrise on the LED screen
in Beijing's Tiananmen Square. 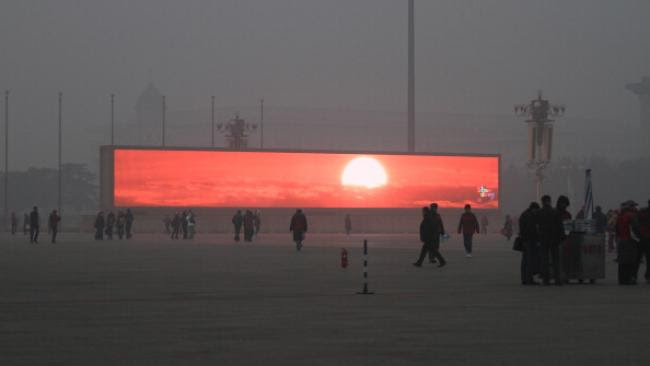 Next step: pick your own desired weather and location. Nice.

And then, build huge domes to separate "people" from "factories".

There is already a script for that, from movie "Truman Show"

Posted by Dragan at 9:04 PM No comments:

In 2014 we celebrate the twenty-fifth anniversary of the birth of the idea that became the World Wide Web. In March 1989, while working at CERN, Tim Berners-Lee wrote a document entitled “Information Management – a Proposal” which described his ideas for creating a hypertext system that worked over the internet to enable physicists and other researchers around the world to easily exchange documents [1]. I first heard about his ideas at the European Hypertext Conference (ECHT’90) in November 1990, where we presented our first paper on the Microcosm “open hypermedia system” that we had been developing at Southampton since 1989 [2]. I first saw Tim and his colleague Robert Cailliau demonstrate the system they had by then called the World Wide Web at the ACM Hypertext conference (HT’91) in December 1991. This was the conference that famously rejected their paper about the WWW but it also marked the beginning of the revolution that the Web has brought to all our lives – the killer application for the Internet, the disruptive technology that has changed the way we communicate and manage information forever. 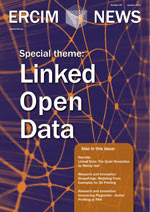 Linked Data - Design Issues Tim Berners-Lee, 2006
The Semantic Web isn't just about putting data on the web. It is about making links, so that a person or machine can explore the web of data. With linked data, when you have some of it, you can find other, related, data.

Like the web of hypertext, the web of data is constructed with documents on the web. However, unlike the web of hypertext, where links are relationships anchors in hypertext documents written inHTML, for data they links between arbitrary things described by RDF,. The URIs identify any kind of object or concept. But for HTML or RDF, the same expectations apply to make the web grow:Simple. In fact, though, a surprising amount of data isn't linked in 2006, because of problems with one or more of the steps. This article discusses solutions to these problems, details of implementation, and factors affecting choices about how you publish your data.
Even 7 years later, linked data is not a web feature (yet).
And there is a simple reason why it is not: the proposed specs are not simple.
Instead of RDF syntax, HTML should get a few simple extensions, and provide a few clever JavaScript scripts to provide useful functionality to pages that have that...

Posted by Dragan at 3:37 PM No comments: