a nice random find... a directory of podcasts related to SW development

this good one is missing in directory:
The Azure Podcast | Short podcasts on Azure by Cale Teeter, Evan Basalik, Russell Young & Sujit D'Mello
Posted by Dragan at 5:39 PM No comments:

Very interesting evolution of databases:
thanks to open source and cloud services
there are many combinations of "back end storage" services,  and "front end database engines / APIs".

Now there is also Cosmos DB, a multi-modal global database service
that can be used as "document db", "graph db" or just tables queried by SQL.

Graph API for Microsoft Azure Cosmos DB is "Gremlin" that has links to Titan DB,
that is also used with Casandra DB as well as with AWS Dynamo DB and many others.
Like SQL is universal query language for data that can be viewed as relational,
Neo4j graph db has own "Cypher" query language but it also supports Gremlin.

Apache TinkerPop Gremlin API may be the "next SQL"
"Apache TinkerPop™ is a graph computing framework
for both graph databases (OLTP) and graph analytic systems (OLAP)."

Microsoft Azure Cosmos DB vs. Neo4j vs. Titan Comparison
"Titan has been decommisioned after the takeover by Datastax. It will be removed from the DB-Engines ranking. A fork has been open-sourced as JanusGraph."


DataStax - Wikipedia
"Apache Cassandra was initially developed internally at Facebook, to handle large data sets across multiple servers. Facebook handles 50 billion photos from its user base.
In February 2015, DataStax acquired Aurelius LLC, the innovators behind the open source graph database TitanDB. DSE 5.0 was released in mid-2016 with the addition of DSE Graph.
DataStax Graph is a superset of DataStax Enterprise. " 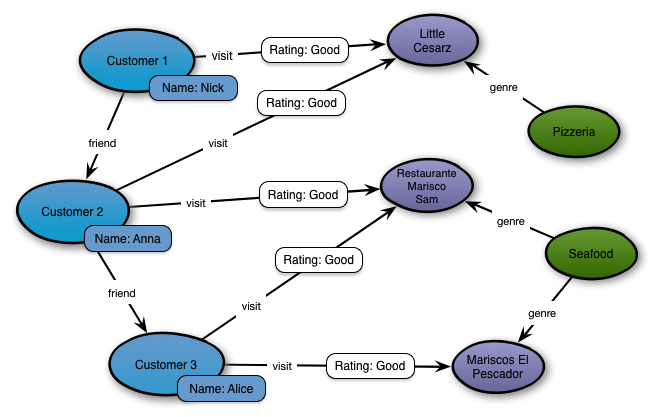 "When you sell an experience instead of a product, you have to build a different set of values around that. Number one: trust." - MARC BENIOFF

Customer Connection is the Heart of the Internet of Things - YouTube