The Cloud Is Just Someone Else's Computer
by Jeff Atwood of Coding Horror
"Given the prevalence and maturity of cloud providers, it's even a little controversial these days to colocate actual servers.

you pay almost three times as much for a cloud server.

if you do have need for dedicated computing resources over a period of years, then building your own small personal cloud, with machines you actually own, is not only one third the cost but also … kinda cool?"

The next CEO of Stack Overflow – Joel on Software
Posted by Dragan at 2:58 PM No comments:

Stadia is a cloud gaming service


"Stadia", plural of "stadium", is meant to reflect that it will be a collection of entertainment, which the viewer can choose to sit back and watch, or take an active part in

It is the direct competitor to Sony Interactive Entertainment's PlayStation Now service, and Microsoft's Project xCloud.

Posted by Dragan at 1:05 PM No comments:

"results and code from past rounds of Code Jam (from 2008 to 2017) and related spin-offs... you can try the problems yourself"


"Project Euler is a series of challenging mathematical/computer programming problems that will require more than just mathematical insights to solve. Although mathematics will help you arrive at elegant and efficient methods, the use of a computer and programming skills will be required to solve most problems."

Posted by Dragan at 9:12 AM No comments:

Inversion of control and Dependency injection in Typescript

Implementing SOLID and the onion architecture in Node.js with TypeScript and InversifyJS - DEV Community

Why you should use functional composition for your full applications

JustinDFuller/compose-app: Example of creating an entire app through function composition

based on VS Code code


based on Elixir / Phoenix (Erlang engine), running from a single server on cloud!

Posted by Dragan at 8:47 PM No comments:

ML: Swift for TensorFlow (vs Python)

Swift is a modern programming language developed by Apple for mobile iOS and Mac.
And not it is being used by Google for AI development with TensorFlow!

How this happened? And what about Python?

Swift is developed by Chris Lattner who also created LLVM compiler platform.
He worked in Apple on compilers and tools, and he and his team created Swift as a modern open source replacement for Objective-C. Then he briefly worked in Tesla on self-driving, just to end up in Google Brain team.

TensorFlow is a hardware and software platform optimized for Machine Learning.
Usually it is used from Python, and that is a challenge, since Python is an interpreted language,
hard to closely integrate with low-level tool like TensorFlow.
Swift on the other side has performance of C++ (since it is using same compiler toolset)
and syntax and semantics of a very modern language!

In this case Swift can even be dynamically integrated with Python, to call existing Python libraries!
It can be used in interactive mode, compiled, or even from Jupyter Notebooks.
Very interesting!

In addition to mobile and desktop, Swift is also being used for "server side" development
and this is supported by IBM.

Posted by Dragan at 6:19 PM No comments: 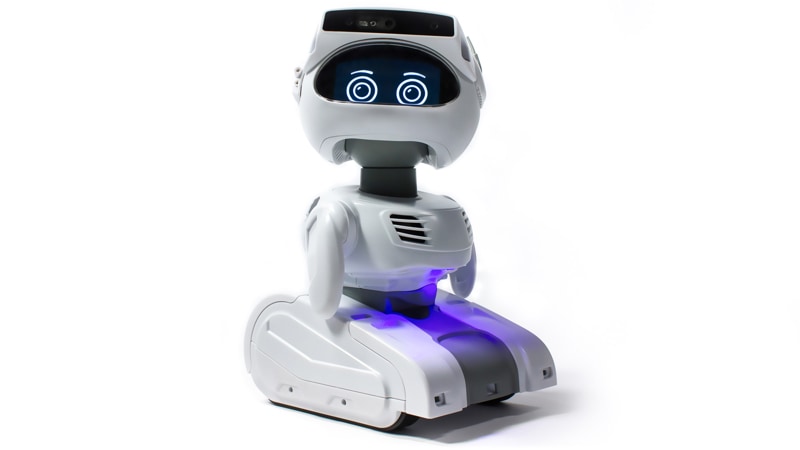 difference from standard Windows: licensing
Posted by Dragan at 9:20 PM No comments:

From Monolithic to Serverless with AWS Step Functions - YouTube 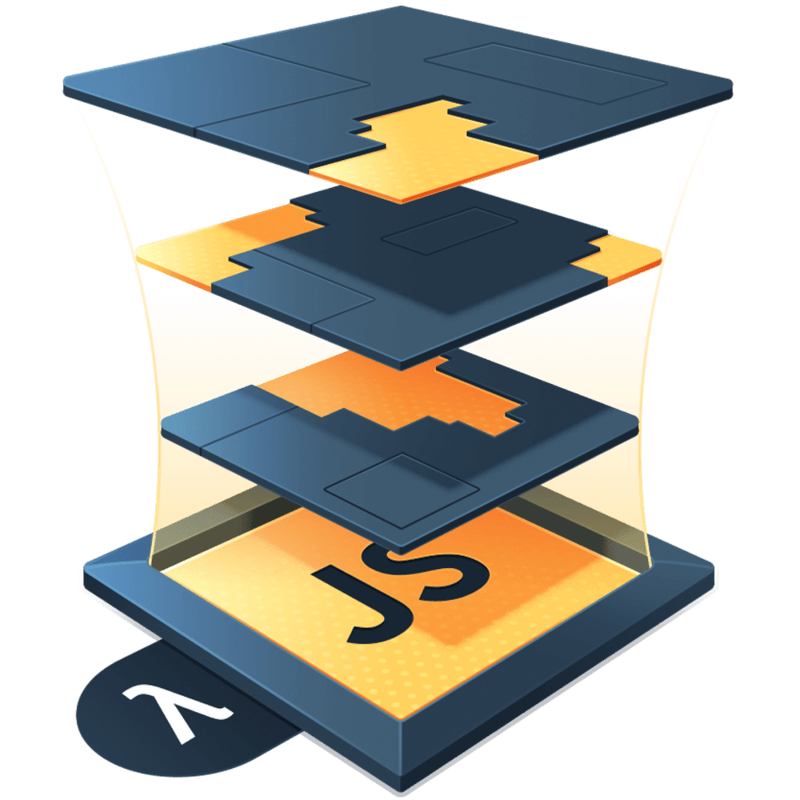 Just Enough Functional Programming in JavaScript from @kyleshevlin on @eggheadio

String interning - Wikipedia
Posted by Dragan at 7:41 PM No comments:

Druid is a column-oriented distributed database that excels as a data warehousing solution for fast queries on large data sets.

"inverted index ... stores an ordered list of each of the words that occur in the different documents and associated with the specific documents in which they occur"

Posted by Dragan at 3:20 PM No comments:

"Superset allows users to create visualizations, slice and dice their data, and query it. Superset integrates with Druid, a database that supports exploratory, OLAP-style workloads."

Posted by Dragan at 3:14 PM No comments:

A Vue to a Skill
By Shawn Wildermuth


TypeScript’s Quiet, Steady Rise Among Programming Languages | WIRED
Posted by Dragan at 11:38 AM No comments:

a "directory" of many Azure based solutions

Posted by Dragan at 7:21 PM No comments: 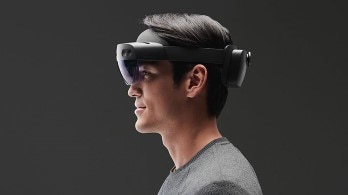 
GraphQL | A query language for your API 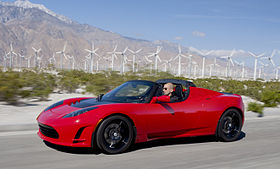 Posted by Dragan at 8:44 PM No comments:

Getting Started with GraphQL in ASP.NET - Simple Talk

"As our application grows, the number of REST endpoints we must build and maintain starts to explode. A growing number of endpoints demands more and more time and effort to test and support - on both the client and server. And if you eventually need to version your API, you've got a lot more to consider.

In GraphQL, we can define Query types in our Schema to retrieve (or mutate) any combination of types in our system through one endpoint i.e /api/graphql.
With types and a query defined in the schema, we can now issue requests via GraphQL similar to the RESTful ones listed above. However, we only need to send them to one endpoint. "

Posted by Dragan at 7:55 PM No comments:

F# => JavaScript, CSS; without WebAssembly
all strongly typed, including no need for custom JSON.
+ interactive web app updates while keeping current state(!) Even JavaScript web frameworks are not doing this yet!

A very informative story about encoding text with Unicode.

When "Zoë" !== "Zoë". Or why you need to normalize Unicode strings | With Blue Ink

When encoded, the dog emoji can be represented in multiple byte sequences:

Most JavaScript interpreters (including Node.js and modern browsers) use UTF-16 internally. Which means that the dog emoji is stored using two UTF-16 code units (of 16 bits each). So, this should not surprise you:
console.log('🐶'.length) // => 2

...some characters appearing identical, but having different representations.

...The problem is that some of these characters could be represented in multiple ways.

For example, the letter é could be represented using either:
A single code point U+00E9
The combination of the letter e and the acute accent, for a total of two code points: U+0065 and U+0301

This can cause unexpected bugs, such as records not found in a database, passwords mismatching letting users unable to authenticate, etc."
Posted by Dragan at 9:57 PM No comments:

free, online training will provide an introduction to the core AWS services for compute, storage, database, and networking. 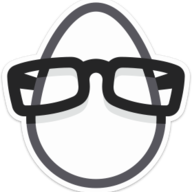 "egghead is a group of working web development professionals and open source contributors that provide you with concise, information dense video courses on the best tools in the industry."
egghead.io @ GitHub


Create a React Native App and Run it on the iOS Simulator and Android Emulator from @chrisachard on @eggheadio
Posted by Dragan at 6:25 PM No comments:

A taxonomy is a categorization scheme. 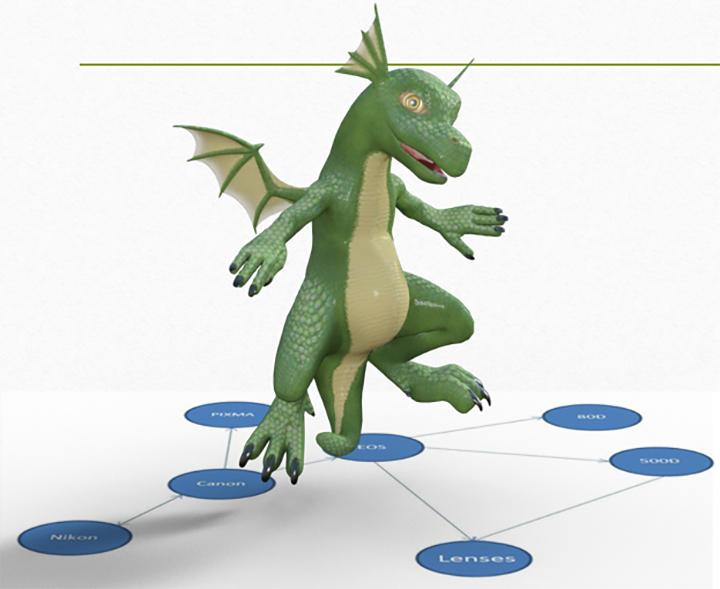 From Taxonomies over Ontologies to Knowledge Graphs - Semantic Web Company

An ontology, like a thesaurus, is a kind of taxonomy with structure and specific types of relationships between terms.


When Graphs Collide: The Coming Merger Of Property And Semantic Graphs
Posted by Dragan at 7:19 PM No comments:

The World Wide Web turns 30: our favorite memories from A to Z - The Verge

"On this day 30 years ago (1989-03-12), Tim Berners-Lee submitted a proposal with the dreary title “Information Management” to his superior at the European physics laboratory CERN."

"SQL Server 2016 introduced support for temporal tables (also known as system-versioned temporal tables) as a database feature that brings built-in support for providing information about data stored in the table at any point in time rather than only the data that is correct at the current moment in time. Temporal is a database feature that was introduced in ANSI SQL 2011."
"How does temporal work?


System-versioning for a table is implemented as a pair of tables, a current table and a history table. Within each of these tables, the following two additional datetime2 columns are used to define the period of validity for each row: SysStartTime, SysEndTime "

Temporal tables with PostgreSQL - Blog dbi services
Posted by Dragan at 6:13 AM No comments:

GraphQL with Golang: A Deep Dive From Basics To Advanced

Posted by Dragan at 8:46 PM No comments:


The Cube @ CodePen by Boris Šehovac

See the Pen The Cube by Boris Šehovac (@bsehovac) on CodePen.

Posted by Dragan at 6:21 PM No comments:


How WebAssembly May Reinvent How We Write and Ship Code on the Web - The New Stack
Posted by Dragan at 8:31 PM No comments:

Posted by Dragan at 6:29 PM No comments:

npm.js and the future of JavaScript

interesting presentation, by co-creator of npmjs

npm and the Future of JavaScript @ InfoQ

"npm is extremely popular... npm has more than 10 million users ... they download more than 8.1 billion packages every seven days... more than 90% of developers who use JavaScript's are currently using npm to put it together. And that's heading towards 100%...

JavaScript is the most popular programming language in the world right now. It has been the biggest language on GitHub for the last five years running. 70% of Stack Overflow developers report that they use JavaScript, at least some of the time,