Watson is being helped by a team leed by well known scientist
Jim Hendler. He’s a professor of computer science and cognitive science at Rensselaer Polytechnic Institute, in Troy, N.Y. He’s been a key researcher in the related fields of knowledge discovery, software agents, and the Semantic Web. He’s also worked on autonomous mobile robots, another area where we want machines to be as intelligent as possible...
Posted by Dragan at 10:41 PM No comments:

Is Data Science Your Next Career? - IEEE Spectrum:
"Opportunities abound, and universities are meeting them with new programs
"...there were 93 000 data scientists registered with Kaggle, the site that creates competitions among them and helps award freelance contracts..."
Can Big Data Win Your Next Court Case?

"Have you ever found yourself wishing you could keep your client-side code readable and more importantly debuggable even after you've combined and minified it, without impacting performance? Well now you can through the magic of source maps."

podcast: A Desktop Developer moves to the Web - with Mark Rendle @ hanselminutes

To Spark Buyers for Electric Cars, Drop the Price to Nearly $0 - WSJ.com 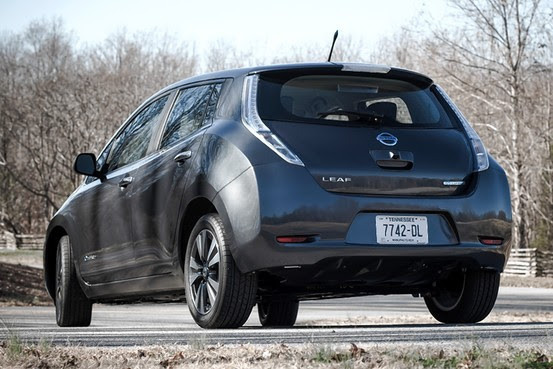 A new round of discount leases on mainstream-brand plug-in cars such as the Nissan Leaf or Fiat 500e, combined with federal, state and local electric-vehicle incentives, could make a battery-electric car an extraordinarily economical way to get around for drivers.

Dan Ariely: What makes us feel good about our work? | Video on TED.com:

Contrary to conventional wisdom, it isn't just money. But it's not exactly joy either. It seems that most of us thrive by making constant progress and feeling a sense of purpose.
Posted by Dragan at 12:26 PM No comments:

Bottom line: AD in Windows Azure is VERY different than AD on Windows Server, but it could be very useful.
As usual, Microsoft Marketing is re-using (and confusing) names.
The apps will have to support Azure AD as new feature and use new protocols/APIs.


Programming Windows Azure Active Directory
Posted by Dragan at 10:27 AM No comments:

Posted by Dragan at 2:26 AM No comments:

Posted by Dragan at 2:14 AM No comments:

WikiHouse: 3D print your own house

TED: Alastair Parvin: Architecture for the people by the people

An excellent talk by Sir Ken Robinson on TED:

Another interesting presentation, by Bill Gates

Posted by Dragan at 1:44 AM No comments: