Elixir is a functional, meta-programming aware language built on top of the Erlang VM. It is a dynamic language that focuses on tooling to leverage Erlang's abilities to build concurrent, distributed and fault-tolerant applications with hot code upgrades

that Ruby programming language got attention an popularity after a book by Dave Thomas (of Agile Manifesto and Pragmatic Programmer fame).

Now, he wrote a book about brand new language that is just getting to version 1.0.

It is not only Apple, Google, Microsoft inventing new programming languages.

Hack is a statically typed programming language based on PHP,
that runs on HHVM, same JIT compiler used for PHP.
It is developed and used by Facebook.

Why Elon Musk Just Opened Tesla's Patents to His Biggest Rivals - Businessweek:
"Musk did announce that Tesla will let other companies use its inventions under an open-source-inspired agenda at the company. Here’s how Musk put it in a blog post: ”Tesla will not initiate patent lawsuits against anyone who, in good faith, wants to use our technology.”

"According to Musk, Tesla made this gesture to—once again—try to nudge the rest of the automotive market along. Tesla’s Model S has proved that there’s massive interest in a well-made, fun-to-drive electric car. Still, Tesla is barely making a dent in the massive auto market. Musk wants to promote a more dramatic shift toward electric cars, so he will do what he can to accelerate things. “I don’t think people quite appreciate the gravity of what is going on [with regard to global warming] or just how much inertia the climate has,” Musk said during a conference call. “We really need to do something. It would be shortsighted if we try to hold these things close to our vest.”

All Our Patent Are Belong To You | Blog | Tesla Motors
"Yesterday, there was a wall of Tesla patents in the lobby of our Palo Alto headquarters. That is no longer the case. They have been removed, in the spirit of the open source movement, for the advancement of electric vehicle technology."

"...receiving a patent really just meant that you bought a lottery ticket to a lawsuit..."

"We believe that Tesla, other companies making electric cars, and the world would all benefit from a common, rapidly-evolving technology platform.

Technology leadership is not defined by patents, which history has repeatedly shown to be small protection indeed against a determined competitor, but rather by the ability of a company to attract and motivate the world’s most talented engineers. We believe that applying the open source philosophy to our patents will strengthen rather than diminish Tesla’s position in this regard."

This move is in the spirit of Nikola Tesla, whose name Tesla Motors is using.
Nikola Tesla has given away royalties on his patents to help Westinhouse
to be able to sustain market competition and advance deployment of electricity.

Quote by Nikola Tesla”
“Let the future tell the truth, and evaluate each one according to his work and accomplishments. The present is theirs; the future, for which I have really worked, is mine” 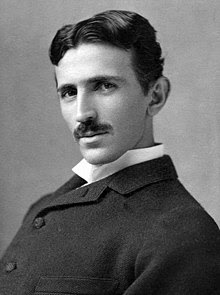 Posted by Dragan at 8:53 AM No comments: 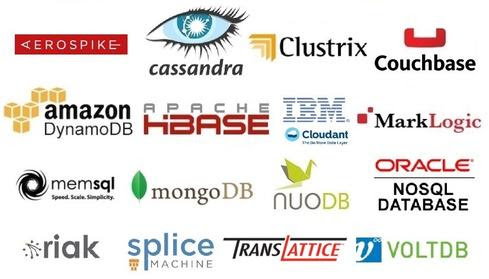 And where is Neo4j ?

ASP.NET - Topshelf and Katana: A Unified Web and Service Architecture:

"Katana project (katanaproject.codeplex.com) and the specifications provided by OWIN (owin.org), it’s now possible to self-host Web applications, taking IIS out of the equation, and still support many of the ubiquitous ASP.NET components such as WebApi and SignalR. The Web self-host can be embedded in a rudimentary console application along with Topshelf (topshelf-project.com) to create a Windows service with ease. As a result, Web and service components can live side-by-side in the same process,"

Posted by Dragan at 8:14 AM No comments: