Interactive Computing Experiences with nteract and Safia Abdalla on the Hanselminutes Technology Podcast: Fresh Air for Developers
"Scott talks to Data Scientist Safia Abdalla about the rise of python notebooks and new ways to think about interactive computing, both online and off. What is "interactive literate coding" and how does it change computing for both the technical and not-quite-technical user? All this and Safia teaches Scott about the "nteract" project.

"nteract is a desktop application that allows you to develop rich documents that contain prose, executable code (in almost any language!), and images. Whether you're a developer, data scientist, researcher, or journalist, nteract helps you write your next code-driven story. 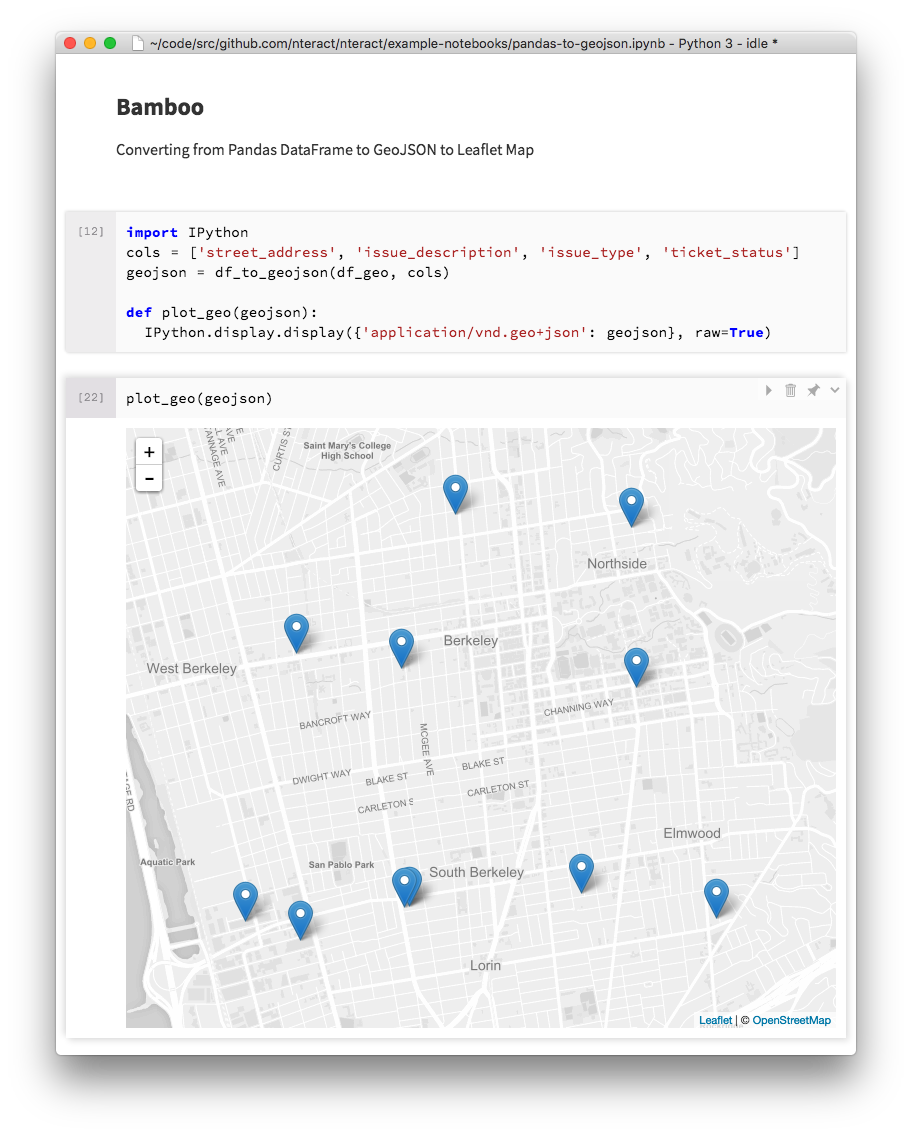 Hydrogen: Interactive computing in Atom – nteract – Medium
"Hydrogen is an open source package for GitHub’s Atom text editor that allows users to run their code with an interactive REPL session with your language of choice." Posted by Dragan at 9:15 PM No comments:

.NET Core is oprimized for speed, and it runs on Windows, Linux and Mac (& containers)

Posted by Dragan at 2:40 PM No comments:

"The company recently announced that they would be investing a grand total of $9 million to get more developers to create apps for their Tizen operation system, and in a recent announcement that Samsung would be partnering up with Microsoft
...
With Samsung now officially joining the Microsoft .NET community, developers will now be able to use Microsoft's Visual Studio to create apps for Tizen in the C# language."

Xamarin.Forms and .NET Core are the future for Tizen and a great new opportunity for .NET developers

Posted by Dragan at 2:11 PM No comments:

Azure App Service (used to be called Azure Web Sites) is a "PaaS" (Platform as a Service)
that is based on Windows VMs, at least it was until recently.
Now, there is also a Linux based option, and that is based on containers!
So not only the web apps can run on Linux platform, the users can deploy a (Linux based) containers in a very simple way! Since .NET core can run on Linux (containers) also the whole deployment can be done directly from Visual Studio (maybe even from a Mac).

Azure App Service is the most convenient way to deploy web applications on Azure
and since even a single instance comes with 99.95 SLA it is also most const effective for small to medium loads.

With so much news from Connect 2016 this useful info didn't get much attention.
It is clearer now thanks to this interview with "person in charge" of .NET and ASP.NET.
podcast: Connect Debrief with Scott Hunter @ .NET Rocks! vNext

"App Service provides default Linux containers for versions of Node.js, PHP and ASP.NET Core that make it easy to quickly get up and running on the service. With our new container support, developers can now create customized containers based on the defaults."
Azure App Service improves Node.js and PHP developer experience | Blog | Microsoft Azure

Posted by Dragan at 9:08 AM No comments: