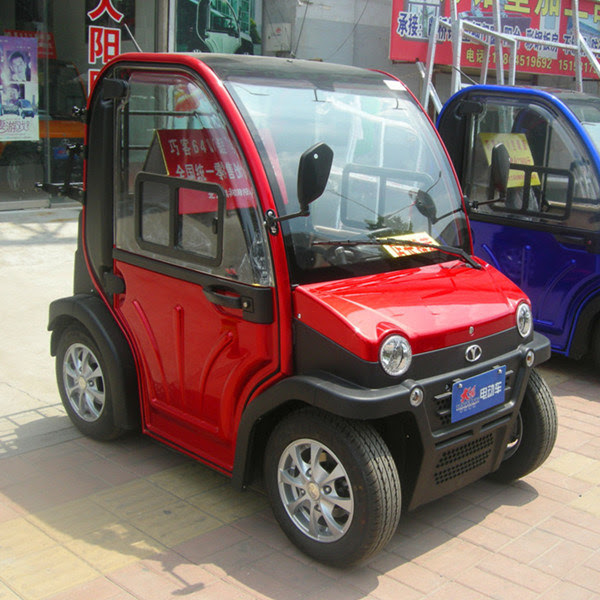 10 New Electric Cars From China
"The market for electric cars in China is booming, supported by subsidies and other incentives like free license plates and free parking places and public charging stations are now popping up everywhere. In 2015 sales of new-energy vehicles (electric and plug-in hybrids) stood at 188,700 units, up a staggering 223% compared to 2015.

Subsidies can be as high as $13,800, making NEVs attractive for a large audience, and that in turn attracts more automakers. There were more than 50 new NEV’s on display at last month’s Beijing Auto Show"

"Tesla announced today that all of the cars it produces will now include upgraded self-driving hardware. Tesla CEO Elon Musk says the hardware will enable all future Teslas to achieve “level 5 autonomy.

But that doesn’t mean Tesla’s upgraded cars are fully self-driving today — the software required for this level of autonomy isn’t ready, but Tesla promises to introduce new features over time with over-the-air software updates.

...
Tesla officially announced the Model 3 in March, and now (half a year later) Musk says the Model 3 will include “full self-driving hardware” as a standard feature."

"New Teslas will have eight cameras “instead of one,” said Musk. “And the compute power on the computer has increased by a factor of 40. It’s basically a supercomputer in the car.”

Posted by Dragan at 9:55 PM No comments:

Google: if you support Amazon's Echo, you're cut off from Google Home and Chromecast / Boing Boing

"A closed-door unveiling of the forthcoming Google Home smart speaker platform included the nakedly anticompetitive news that vendors whose products support Amazon's Echo will be blocked from integrating with Google's own, rival platform.

These platforms are typically designed to allow their vendors to invoke Section 1201 of the DMCA, which makes it a felony to change their configurations in unauthorized ways, meaning that Google could convert its commercial preference ("devices either support Google Home or Amazon Echo, but not both") into a legal right ("we can use the courts and the police to punish people who make products that let you expand your device's range of features to support whichever platform you choose to use")."

Here's Why Google Home, Not Amazon Echo, Is The Future of Home Automation

Amazon Echo vs. Google Home | Which is Best? | Digital Trends