China Officially Opens World’s Longest High-Speed Rail Line « VOA Breaking News:
"The world's longest high-speed rail line began operations in China Wednesday.
...
2,298-kilometer Beijing-to-Guangzhou
...
Trains on the new route will travel at 300 kilometers an hour, which will reduce the travel time between Beijing and the southern economic hub from more than 20 hours to just eight.."
Here is a more complete information... apparently this impressive achievement
is not financially sound, and there are some other related issues... 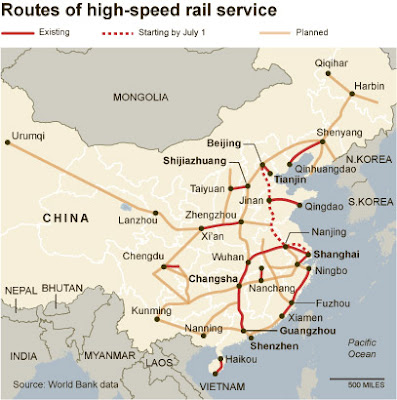 Posted by Dragan at 1:04 AM No comments: