Intel’s first Optane SSD: 375GB that you can also use as RAM | Ars Technica

"Intel announced ... its new 3D XPoint memory ... Intel Optane SSD DC P4800X. It's a 375GB SSD on a PCIe card. Initial limited availability starts today, for $1520, with broad availability in the second half of the year.

...3D XPoint is a new kind of persistent solid state memory devised by Intel and Micron.
...has about one thousandth the latency of NAND flash (or about ten times the latency of DRAM), and tens times the density of DRAM.

...it's a datacenter-oriented part, built for applications with high read/write loads, looking for low latency." 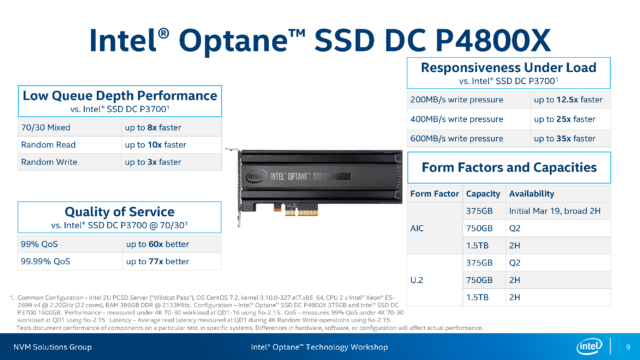