Besides of many mechanical devices that are being tracked by IoT,
more and more animals, both domestic and wild now provide research data.

Internet of Everything
Posted by Dragan at 6:29 PM No comments:

...they'll cost $600 and up, the same as many mainstream laptops in the US. Instead, they promise some very high-end features, including always-on LTE connectivity (like a phone) and 20-plus hours of battery life with weeks of standby time, which also sounds more like a phone than a PC."
(or like iPad Pro, just with better price, and running Windows apps :)

Lenovo unveils its ARM-powered Windows 10 laptop 2-in-1 - The Verge
"release in Q2, priced at $799 with the stylus and keyboard attachment"
Posted by Dragan at 6:08 PM No comments:

Dogecoin vs. US banks 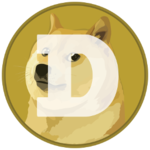 Dogecoin was created for learning about crypto-currency, and giving money to charity.
It is now worth $1.4 B. And as other blockchain system, it enables almost instant and fee transfer of money.

On the other side, US banks are still using ancient system from 1970's, written in COBOL and running on mainframe computers, that takes up to 5 days to transfer money, and the service is expensive for users. But it is very profitable for the banks, so it stays that way, for now at least, until some "Amazon of banking" takes off.

It is not technical reasons that hold back, in UK similar money transfers take seconds!

Episode 489: The Invisible Plumbing Of Our Economy : Planet Money : NPR