Containers are the future of computing

Google systems guru explains why containers are the future of computing — > S C A L E — Medium
"As a professor at the University of California, Berkeley, Eric Brewer devised the CAP theorem — a governing concept in the design of distributed systems — and co-founded web-search pioneer Inktomi. In this interview, Brewer, now vice president of infrastructure at Google, explains why the work he’s doing on application containers could be at least as big as cloud computing and how the CAP theorem is holding up nearly two decades after its inception.

Google is currently driving an open source project called Kubernetes that simplifies the process of building applications atop clusters of containers, including those using the popular Docker format."

Meet the Man Who's Rewiring Google From the Inside Out | WIRED
Posted by Dragan at 8:58 PM No comments:

LukeW | On the Wrist: Android Wear vs. Apple Watch
detailed comparison of interactions and experiences

Posted by Dragan at 8:52 PM No comments:

...
According to Microsoft’s Arunesh Chandra and Gaurav Seth, the goal of supporting Windows on ARM is to further the company’s vision of powering the Internet of Things with Windows 10 IoT Core. Seth notes that while the project’s focus is on IoT Core, their modified version of Node.js should run on any version of Windows 10."

With exhange-able JavaScript engines on browsers and servers,
JavaScript has become a real universal platform ("assembly language of the web") 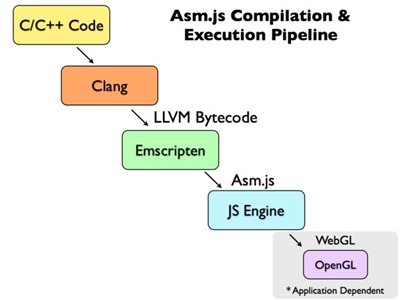 "The .NET Foundation has just announced the release of Windows Communication Foundation (WCF) as open source. WCF, originally offered in .NET 3.0, offers a high-level abstraction over cross-application communication. It supports one-way and two-way messages over HTTP, TCP, named pipes, and, with third-party extensions, any other message based wire format.

...supports the ability to use WCF in both Universal Windows and ASP.NET 5 applications.

...Everything you need for basic one-way communication over HTTP or TCP is in place. Two-way communication, web sockets, and various security features such as SSL are still a work in progress."
Posted by Dragan at 7:04 PM No comments:

Microsoft tried to buy Salesforce for $55B, report says - CNET
(and SalesForce was asking for $70B)

"...Salesforce currently has a market valuation of more than $49 billion. Microsoft, which is the world's largest software maker, has more than $95 billion in cash and cash-equivalents


..SalesForce reported $1.51 billion in revenue for its fiscal first quarter, and forecast sales for the full year could be as high as $6.55 billion."

“Across the full and varied spectrum of cloud activities there are now six companies that can lay a valid claim to having annual cloud revenue run rates in excess of $5 billion – AWS, IBM, Microsoft, HP, Cisco and Salesforce"
Posted by Dragan at 7:01 PM No comments: