HP and Amazon "at War"

It is funny how competitive (and quite good) magazines often have similar headlines.
A theme for July is "Business at War"

Whitman refused to shrug off defeat. Within minutes she was on the phone to Microsoft CEO Steve Ballmer, demanding the same candor she once offered Tierney. “Tell me where we came up short,” Whitman asked. “Don’t sugarcoat it. I’d like to know so that we can do better the next time.” Soon afterward Microsoft sent a multipage memo to Whitman, listing nine ways that HP had fumbled its opportunity. “Even if your bid had been price-competitive, you wouldn’t have won,” a Microsoft lieutenant declared.

For Whitman the memo wasn’t an insult; it was a battle plan. She convened a war team of HP’s enterprise computing chief, Dave Donatelli; the company’s operations chief, John Hinshaw; and supply chain wizard Tony Prophet. Their job: figure out how to make HP more competitive. Match Dell’s ability to suggest cost-saving steps that hadn’t occurred to Microsoft. Done. Promise to fix software bugs in two days, not four weeks. HP was on it. By summer HP had crafted a far more customer-friendly approach. When Bing bought a further $530 million of servers in January, vindication arrived. This time HP, not Dell, seized the order. 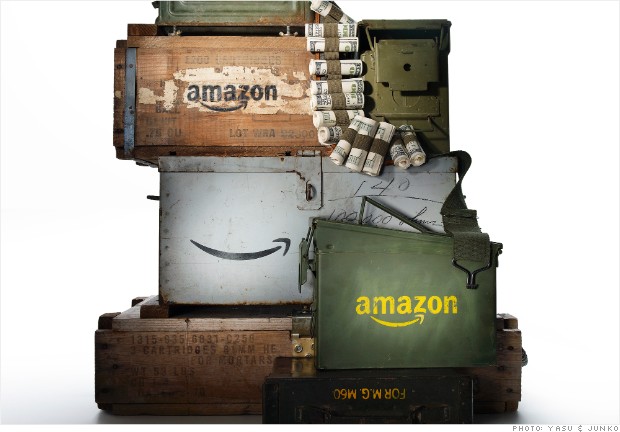 In August 2010, Cheryl Lenkowsky, an auditor for the Texas state comptroller, sent a letter to a top tax executive at Amazon.com's Seattle headquarters. At that point, Amazon had been selling a wide array of merchandise to Texans for 15 years without collecting a penny of sales tax from them. Tax-free shopping was a delight for customers, a vital competitive edge for the company -- and a hemorrhaging wound for state government.

Now, Lenkowsky informed the company, all that was about to end. Texas's audit, which had gone back four years, had resulted in an "adjustment": a bill for uncollected taxes, plus penalties and interest -- $ 268,809,246.36 in all. Added Lenkowsky helpfully: "We have included a pre-addressed envelope for your payment convenience."