Musk: We’ve begun testing reusability with something called the Grasshopper Project, which is a Falcon 9 first stage with landing gear that can take off and land vertically.

Anderson: A huge rocket, landing on its feet? Holy shit.

Musk: Yeah, holy shit. The stages go to orbit, then the first stage turns around, restarts the engines, boosts back to the launch site, reorients, deploys landing gear, and lands vertically.

What Is Web 3.0, Really, and What Does It Mean for Education? | EdTech Magazine:

According to O'Reilly, whose media company is credited with coining the term Web 2.0, "it was never meant as a version number." Rather, the expression "was about the return of the web after the dot-com bust," he explains. "There won't be a Web 3.0 until everybody says, 'OK, the web died again,' and we rediscover it.""
The mobile apps are now trying to do what desktop applications did during early web.
So the Web 3.0 will be a comeback of Web to mobile devices in form of "web apps".
This is likely and almost inevitable.

Now, question is why did Google select Java based platform for Android,
when they are in fact promoting web/internet usage?
Performance. JavaScript was just not fast enough a few years ago.
With ChromeOS, and intent to eventually "merge" Android and ChromeOS
Web could finally become a mainstream mobile platform.
Posted by Dragan at 10:15 PM No comments:

The year of the MOOC: Massive Open Online Courses 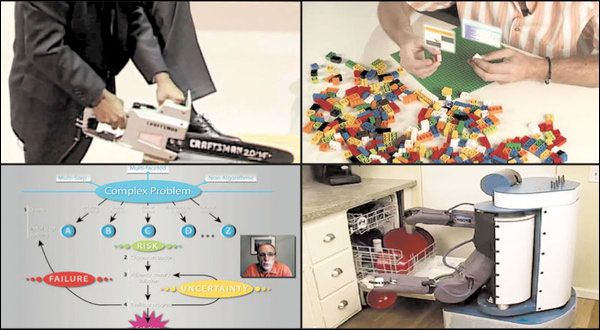 edX, the nonprofit start-up from Harvard and the Massachusetts Institute of Technology, has 370,000 students this fall in its first official courses. That’s nothing. Coursera, founded just last January, has reached more than 1.7 million — growing “faster than Facebook,” boasts Andrew Ng, on leave from Stanford to run his for-profit MOOC provider.

"This has caught all of us by surprise,” says David Stavens, who formed a company called Udacity with Sebastian Thrun and Mike Sokolosky after more than 150,000 signed up for Dr. Thrun’s “Introduction to Artificial Intelligence” last fall, starting the revolution that has higher education gasping. A year ago, he marvels, “we were three guys in Sebastian’s living room and now we have 40 employees full time.”

Posted by Dragan at 4:35 PM No comments:

This aerial photo shows destruction in the wake of superstorm Sandy in Seaside Heights, N.J.
Photo by Associated Press /Chattanooga Times Free Press.
Posted by Dragan at 4:22 PM No comments:

$AAPL Up and Down

If iPad Mini was priced $299 or less, the decline could be less.
This high-end pricing keeps Apple market limited,
and could not justify very high valuation...
Posted by Dragan at 4:20 PM No comments: