Linus is an opinionated, and very straight-talking person... And very qualified.
Just like most of people who make the difference are. Think Steve Jobs...

This style of communication is very effective, based on scientific research.
As described in (very good) book "Switch

", step one is to get attention.
Being very polite does not do it.
Suggested 3-step process to "influence people":

Linus did exactly what is needed with GitHub: he provided very specific opinion, made it public so it can not be ignored, and suggested how to improve solution. 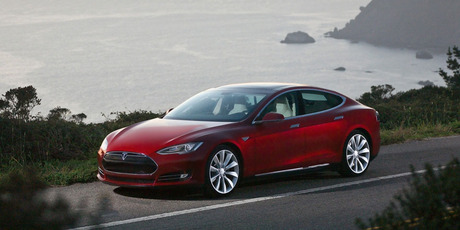 The difference of Tesla Motors is sophistication: pure electric, 21" wheels, 7 seats, large touchscreen monitors instead of classic control panel, much smaller number of parts (less things to go wrong), service that comes to your house (since they don't have dealers network) ...
Posted by Dragan at 1:26 AM No comments:

The Weekend Interview With Sebastian Thrun: What's Next for Silicon Valley? - WSJ.com:
Posted by Dragan at 12:44 AM No comments: