In the post-pc era, Apple set to rule

"'Apple has created a company the size of EMC in one year' if iPad were its own company,' Bernstein's Stacy Rasgon told investors.

On top of that, the market is set to get even bigger.

Analysts expect perhaps 215 million units being sold in 2015, for a compounded annual growth rate of 66 percent.

Consumer interest is 'staggering,' Bernstein said, with 20 percent of individuals surveyed by the firm saying they'll buy a tablet in the next 12 months 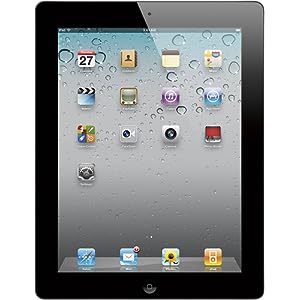 For technology insiders, this is even more interesting phenomenon.

The "tablets" did exist for at least 10 years,
and Apple is using 20+ year old language (Objective-C),
build on top of an open source OS (Free BSD)
and open source web browser (WebKit)...

So it is not (just) about "a big idea",
it is the "perfect execution" that makes the difference.

Now, this is a new reality, and everybody will adjust to it,
one way or another... The future with connected (computing) devices...

There is still plenty of space for innovation:
* even smaller devices, with no screen at all, but speakers and projector
* even bigger devices, "apps" for TVs
* even smarter and faster devices, that will leverage the "cloud"
* even cheaper device, where most of "smarts" is in the cloud
* even more engaging devices, with 3D screens, and tactile interfaces...
* even more useful devices, leveraging "social knowledge" all the time
Posted by Dragan at 4:44 PM No comments:

“Now, we can
watch a newspaper,
listen to a magazine,
curl up with a movie,
see a phone call.

We can
take a classroom anywhere,
hold an entire bookstore,
and touch the stars.

Because now,
there is this”

Posted by Dragan at 4:21 PM No comments: