Audio: CodeCast Episode 105: Technical Debt with Gary Short and Markus Egger
"Technical dept is like financial dept, but instead of borrowing money you're borrowing time. Taking a shortcut in an architectural or software decision to save time when at a future date you need to come back and fix or enhance that shortcut. The more shortcuts you take postponing required coding, the more technical dept you build up..."

Shipping first time code is like going into debt. A little debt speeds development so long as it is paid back promptly with a rewrite... The danger occurs when the debt is not repaid. Every minute spent on not-quite-right code counts as interest on that debt. Entire engineering organizations can be brought to a stand-still under the debt load of an unconsolidated implementation, object-oriented or otherwise. "The super rich pay a lot less taxes than they did a couple of decades ago,
and nearly half of U.S. households pay no (federal) income taxes at all.
(most people do pay state, local and sales taxes)
...
The Internal Revenue Service tracks the tax returns with the 400 highest adjusted gross incomes each year. The average income on those returns in 2007, the latest year for IRS data, was nearly $345 million. Their average federal income tax rate was 17 percent, down from 26 percent in 1992
...
The top income tax rate is 35 percent, so how can people who make so much pay so little in taxes?
The nation's tax laws are packed with breaks for people at every income level
...
There are so many breaks that 45 percent of U.S. households will pay no federal income tax for 2010
..."

No surprise national debt is growing...

Posted by Dragan at 9:53 PM No comments:

How to disable Hibernate mode on Windows 7

What is hiberfil.sys and How Do I Delete It? - How-To Geek


Why would you do it?
Because it is not good for SSD drive, and takes a lot of space.
And sleep mode is much faster anyway...
Posted by Dragan at 7:28 PM No comments:

US debt / per person

The Chimes | U.S financial crisis worsens : Opinions « Biola University
"With the current national debt fast approaching $14.3 trillion,
this means that each citizen’s share of the debt is almost $46,000 per person.
If we just look at taxpayers, then the figure rises to over $128,000 per person." 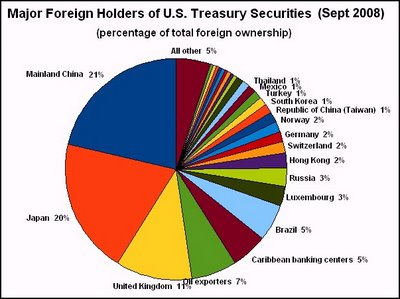 Posted by Dragan at 3:18 PM No comments: