Posted by Dragan at 8:39 AM No comments:

Getting Started at Amazon MP3: Shop 15 million songs, play your music from the cloud on any Android device, PC, or Mac with Amazon Cloud Drive and Amazon Cloud Player. 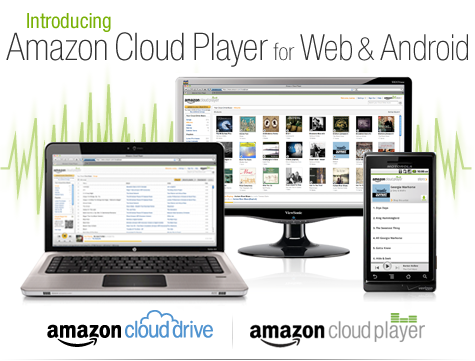 1. Start with certainty (use hard trends to see what's coming).
2. Anticipate (base your strategies on what you know about the future).
3. Transform (use technology driven change to your advantage).
4. Take your biggest problem and skip it (it's not the real problem anyway).
5. Go opposite (look where no one else is looking to see what no one else is seeing and do what no one else is doing).
6. Redefine and reinvent (identify and leverage your uniqueness in new and powerful ways).
7. Direct your future (or someone else will direct it for you).
1. "Either/or" thinking assumes a zero-sum game, in which the pie is fixed size and emerging technologies-or emerging markets-must necessarily threaten the existence of the old. But that's not reality...The principle of "both/and" tells us that the new and the old will continue to coexist side by side.

2. ...one clear dependable strategy for staying ahead of the curve is to create in yourself and in your company or organization a habit of continuously decommoditizing. Anything and everything can become a commodity; and any product or service can be decommoditized. [Yes, he does provide examples]

3. ...there will be no recovery, no going back-only a surge forward into a very different world.

4. Not long ago, a CEO of a large company told me he was reluctant to spend the money to upgrade his people's skills. "What if I do," he said, "and then they leave?"..."I see your point," I responded. "But what if you don't-and then they stay?"

5. ...The organizations that are succeeding today are those that have learned how to fail fast-and who do not fail to learn.

6. Here is the question you need to ask yourself: "In order to speed up, am I willing to slow down?"

Posted by Dragan at 1:11 AM No comments:

Back to the front of the pack: Ars reviews Firefox 4 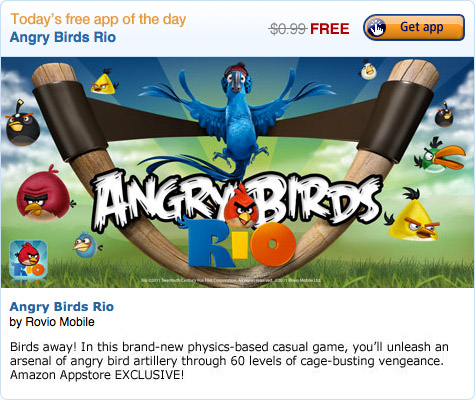 The Railroad had an extensive microwave communications system along its rights of way used for internal communications; later (after the Execunet II decision) they expanded by laying fiber optic cables along the same rights of way. In 1972, they began selling surplus capacity on that system to corporations for use as Private Lines, thereby circumventing AT&T's then-monopoly on public telephony..."
Posted by Dragan at 12:30 AM No comments:

Amazon Android Market
Posted by Dragan at 8:50 PM No comments:

What is a nuclear reactor meltdown?

What is a nuclear reactor meltdown?

Japan Earthquake: photos before and after
Posted by Dragan at 12:20 AM No comments:

Windows 7’s built-in magnifier lets you zoom in wherever you place your cursor. Just tap Win-plus (that’s the Windows key and the plus key) to enable the magnifier and set a 200% zoom level. When you mouse to any edge of the screen, your view scrolls accordingly. The more you tap the keys, the higher the zoom. Of course, you can just as easily zoom out again with Win-minus. "

The explosion in unit 2 had probably damaged the main protective shield around the uranium-filled core inside one of the plant’s six reactors. Such a breach would be the first at a nuclear power plant since the Chernobyl catastrophe 25 years ago in what was then the Soviet Union


http://en.wikipedia.org/wiki/Fukushima_I_nuclear_accidents
Posted by Dragan at 12:32 AM No comments:

IE9: "Beauty of the Web" or "Fast is Beautiful"

It is all about speed and simplicity: GPU acceleration, HTML5, etc...
The target is not Mozilla Firefox, but Google Chrome, I think...

If only I was able to submit this post to blogger.com (owned by Google), it would be even better. Instead, submit button works only when IE9 is in "compatibility" mode. Even worse, switch to that mode resets contents of a web form...

Microsoft's Web Camps are events that allow you to learn and build websites using ASP.NET MVC, WebMatrix, OData and more...

Posted by Dragan at 9:55 PM No comments:

Microsoft paying Nokia $1 billion to use WP7? Cheap at twice the price

Microsoft paying Nokia $1 billion to use WP7? Cheap at twice the price

"With each license estimated to cost around $15, recouping the $1 billion will require about 60 million licenses—Nokia handsets—to be sold."

Windows 7’s built-in magnifier lets you zoom in wherever you place your cursor. Just tap Win-plus (that’s the Windows key and the plus key) to enable the magnifier and set a 200% zoom level. When you mouse to any edge of the screen, your view scrolls accordingly. The more you tap the keys, the higher the zoom. Of course, you can just as easily zoom out again with Win-minus."

IE9 is Release Candidate (almost ready), and can be installed as replacement of IE8,
or in parallel ("Platfrom Preview")
download IE9

http://www.mvcconf.com/
Posted by Dragan at 5:06 PM No comments:

How many ways to make a humble form by using Microsoft technologies?

More and more :) And still not enough!
Case in point: "Lightswitch"

Silverlight is a really nice technology for making both web (plugins) based applications, as well as desktop applications. It is created to compete with Adobe Flash, but in the process become something much more: a fertile platform for,
web, windows desktop, and mobile (windows phone 7) apps.

For those who remember original Visual Basic, this is still not "good enough". Too complex. To remedy situation, here comes "Lightswitch", and new integrated environment for typical business "CRUD" applications...

Microsoft is apparently approaching market as a large and good business, think GM during its best days. Market segmentation, customizing product for specific markets and domains.

For a enterprise developer, the choice could be overwhelming.
To make a simple forms app for a few database tables,
here are some of Microsoft provided choices...

Each of the tools/platforms/frameworks gets new version every 2-3 years or sooner, and there are many more important, and typically hard to change choices, such as programming language, database access library, "view engine" library etc...

Here is a key point: there is NO WAY, at least no easy or obvious, to convert from any of mentioned choices to any other! Not to mention that there is no "generic" description of application logic.

It can be done, by making .NET based DLLs, and calling them from various "frameworks"... When data are stored in a relational database, most of mentioned tools could crate default forms and navigation for basic "CRUD" operation...

Is this a problem, an opportunity, or both?

One can start a journey in a small Chevrolet car, later switch to sporty Camaro, then to a family Buick, luxury Cadillac, or even Toyota or Ford, transfer the same luggage, use same or similar driving skills, and just continue journey...

Is it too much to expect similar from computer applications?
Posted by Dragan at 3:47 PM No comments: